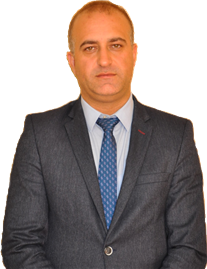 From 2009-2011, Mr. Valon Kurtaj was engaged in the position of Legal Advisor at the EULEX Prosecution Office (European Union Rule of Law Mission in Kosovo). While from July 2008 to March 2009, was engaged as Legal Advisor and Non-Performing Credits at Pro Credit Bank - branch in Prizren.

During 2005-2008, Mr. Kurtaj worked as a Legal Advisor in the project supported by GTZ implemented by Rodeco Consulting GmbH. This project supported the Fourth Pillar of UNMIK, respectively public enterprises in Peja Office. He performed the same position from August 2004 to February 2005, at Prizren Office.

During February -July 2004, Valon Kurtaj was an intern at the District Court in Prizren, where he performed in voluntary basis. Before that he was a legal assistant at the lawyer's office Hylki Kurtaj.

Mr. Kurtaj graduated on 2003 - Law Faculty of the University of Prishtina, while in 2007 passed the Bar Exam. In 2012 he completed the initial training for judges and prosecutors, organized by the Kosovo Judicial Institute. Whereas, in 2013 he completed Master Degree in Wake Forest University studies in the US - North Carolina.